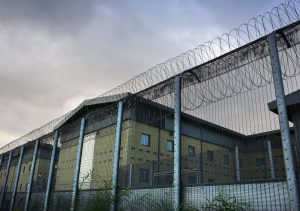 There is a duty on the authorities and the individual's legal representatives, to ensure relevant enquiries are made into health problems of the detainee.

As per the Adults at Risk policy, there is a duty, on the authorities, for a Rule 34 examination to be undertaken when anyone is detained. This examination should be conducted within the first 24 hours. (ZA [2018] EWHC 183 (Admin)).

A Rule 35 (3) report should also be made by a medical practitioner if there is cause to believe that the detainee may have been tortured in the past. You as the detainee or your legal representative, should make a request for a Rule 35 report to be conducted if this is overlooked, whilst detention.

Detention will, in most cases, need to be reviewed where there is a claim that the individual is 'an adult at risk'.

For the purposes of clarification, an individual will be regarded as being an adult at risk, as defined in the Home Office guidance on adults at risk in immigration detention, if:

There are certain indicators of risk that should be reviewed for all detainees. There are some conditions or experiences which indicate that a person may be particularly vulnerable to harm in detention. Although there are a number of these and the list is not exhaustive, a few of these indicators are as follows:

When it is clear that an individual is suffering from a mental health condition, their ability to cope within the detention environment should be factored into consideration.

After an individual has been identified as being at risk, the next stage is to assess the level of evidence available.

There are 3 levels of evidence which should be considered to assess the likely risk of harm to the individual. These are as follows:

Where level 3 evidence is provided and it is evident that detention is likely to lead to a risk of harm to the individual, they should be considered for detention only if one of the following applies:

If you are representing someone who is detained, it is vital to address any mental health issues mentioned by the client. It is essential that they are provided with the right help and treatment to ensure that their health is not deteriorating. If detention is a factor in causing health to deteriorate, the authorities should be made aware of this at the earliest.